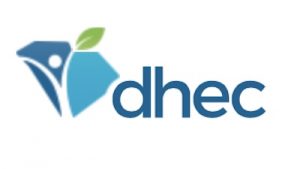 “A team of the agency’s professionals have worked non-stop throughout the weekend to transport and secure temporary placement for the 12 residents of Twilite Manor who were placed in Emergency Protective Custody by the City of Cayce Police Department on Friday,” said Michael Leach, DSS State Director. “Working along with the Cayce Police, the Long Term Care Ombudsman Program at SCDOA, and SCDHHS, belongings of the residents will be collected today via a coordinated effort of involved entities as residents will be relocated to longer term placements secured by DSS.”

“The Cayce Police Department is thankful to our State partners for relocating our citizens and for working with us as we move forward with our criminal investigation,” said Cayce Police Chief, Chris Cowan.

DHEC today issued its findings from its Feb. 18 on-site investigation of Twilite Manor. The report is available here. Among the violations found were:

“DHEC is coordinating with local authorities and partner state agencies to address these residents’ needs as quickly as possible,” said Dr. Edward Simmer, DHEC Director. “DHEC’s goal is to help secure outstanding care and a safe place to live long-term for the displaced residents.”

This type of intervention requires inter-agency coordination at the highest level. Every agency is focused on protecting the health and welfare of the residents who lived at Twilite Manor and are working together, around the clock, to minimize the impact of the residents move with the goal of getting them to a safe new home.

While the number one priority is rehoming the displaced residents, the agencies have committed to an after-action review (AAR) of events in approximately 30 days to determine what process improvements can be made moving forward that are in the best interest of our state’s assisted living residents. Ensuring that all stakeholders are included in the AAR will be key.