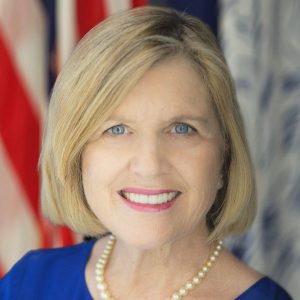 The Council of Chief State School Officers (CCSSO) announced South Carolina Superintendent Molly Spearman will assume the presidency of its Board of Directors, and two state leaders will join the board, decisions ratified by association membership at the Annual Policy Forum.

Superintendent Kirsten Baesler of North Dakota was chosen as president-elect.

CCSSO members also elected Commissioner Penny Schwinn of Tennessee and Secretary Daniel French of Vermont and re-elected Superintendent Jon Fernandez of Guam. They will join President Spearman, President-Elect Baesler, Past President Matthew Blomstedt of Nebraska and current board members to make up the 2021-22 CCSSO Board of Directors.

CCSSO’s Board of Directors manages the overall business affairs of the Council and is the governing body of the organization. The board is composed of the president, the president-elect, the past president, and six directors elected by members from the CCSSO membership.

Though the COVID-19 pandemic has been a challenge for state educators, chiefs have an opportunity to address and focus more intentionally on building the citizens of the nation’s future, Spearman said in prepared remarks to the Annual Policy Forum attendees.

“The future of our nation lies in the hands of the 56 million students who we serve in classrooms every day. We have a tremendous opportunity to develop citizens of our states and nation who listen to each other, who value diverse perspectives and who strive to make the world a better place through finding common ground and showing respect and compassion,” Spearman said.

“The chiefs elected today, and those continuing their service on the Board of Directors, are vital partners in CCSSO’s ongoing supports to states as they recover from the COVID-19 pandemic and modernize the education system,” said CCSSO Chief Executive Officer Carissa Moffat Miller. “I look forward to working with Superintendent Spearman and the rest of the Board as we strive toward our mission of ensuring that every student graduates from high school ready for college, careers and life.”

CCSSO’s Board of Directors for the upcoming year is:

The Council of Chief State School Officers (CCSSO) is a nonpartisan, nationwide, nonprofit organization of public officials who head departments of elementary and secondary education in the states, the District of Columbia, the Department of Defense Education Activity, Bureau of Indian Education, and five U.S. extra-state jurisdictions. CCSSO provides leadership, advocacy, and technical assistance on major educational issues. The Council seeks member consensus on major educational issues and expresses their views to civic and professional organizations, federal agencies, Congress, and the public.