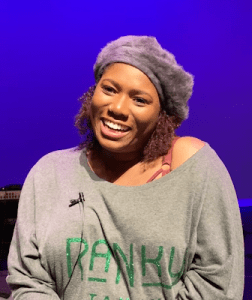 The Who’s on the Move, BizSC, Artist Minute is a quick, two-minute interview in support of the undeniable impact that the arts and local artists have on our communities. One of the main drivers of a strong local economy as well as attracting talent to a region is the critical role the arts has in our community. Please enjoy watching, listening and supporting our artists in this series. We welcome you to share these videos with your business contacts and friends through social media.

Ranky Tanky features a quintet of musicians including Clay Ross on vocals and guitar, Quentin Baxter on drums, Kevin Hamilton on bass, Charlton Singleton on trumpet and vocals, and Quiana Parler on vocals. Three of the band members are College of Charleston alumni.

Ranky Tanky takes a modern approach to the traditional sounds of Gullah music which derives from the culture and traditions of the West African slaves of the sea islands of South Carolina, Georgia and North Carolina.

In November 2019, Ranky Tanky was nominated for a Grammy Award for Best Regional Roots Music Album for Good Time. In January 2020, this South Carolina-based band, won a Grammy.

Below is a full audio version of the interview: