I spend more time photographing country churches than attending my own country church. Not sure what that says about me, but I’ll go with it. The large churches of the city hold no power over me. No charm there to be honest, but let me drive past a gleaming white country church tucked in green woods and my head snaps around. I go back and check it out, and since I don’t travel without my camera, more often than not, I take what I call photojournalism shots. Country churches and their cemeteries hold power over me. Maybe it’s because I’m headed that way.

Some country churches, those chapels in the vale, pull me back again and again, and that’s the case with New Ford Baptist Church near Danburg and Tignall in Wilkes County, Georgia. New Ford Church is close by where my mother grew up. This church and Gracie’s grave aren’t far from the Chennault Place where the Confederate gold train was robbed in Lincoln County, according to stories I’ve heard all my life. 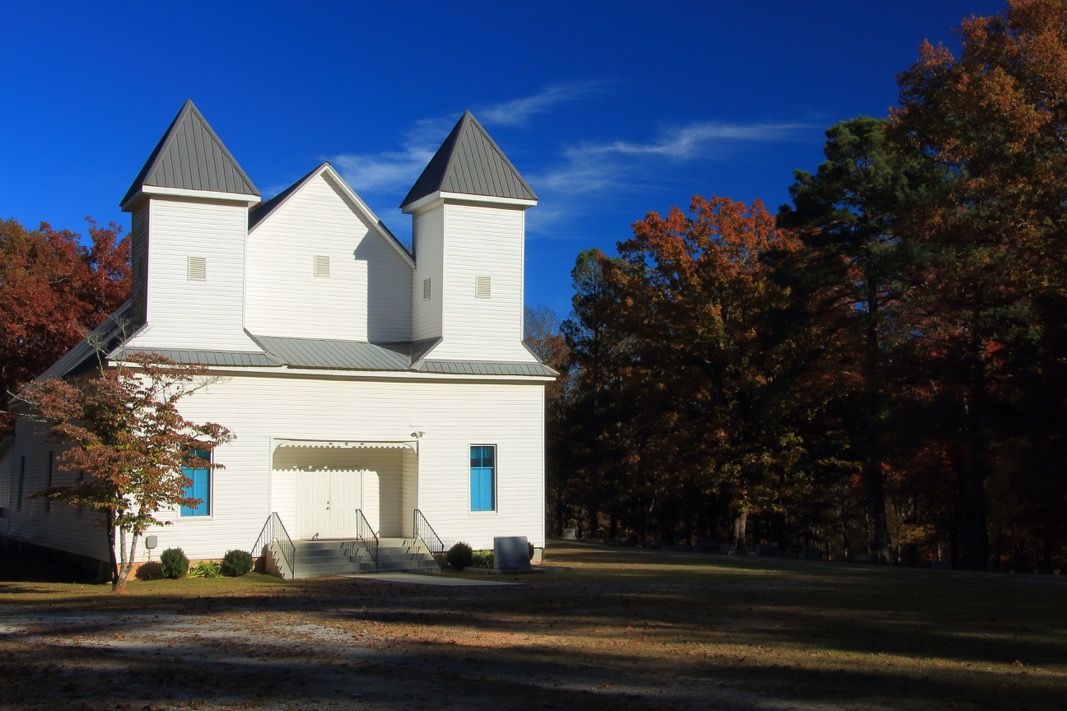 Lost gold. Just what became of it. So many stories … so many mysteries.

Granddad Walker told me that part of the gold was buried in New Ford Creek, from which the church takes its name. He long heard his elders bandy that story about as a boy of the early 1900s. Also close by is Graball Community where a gold thief was heard to shout, “Grab all you can, boys.” History and mystery in one fell swoop, but the church also holds a lesson in what it means to be a mere mortal.

Lost souls. Just what becomes of them. So many people …

Blacks and whites shared this church prior to the Civil War as the marker explains. To me, and I am bereft of details, it doesn’t sound like the bullwhip cracking past Neil Young penned in “Southern Man,” the same song Lynyrd Skynrd responded to in “Sweet Home Alabama.” “Southern man don’t need him (Neil Young) around anyhow.” 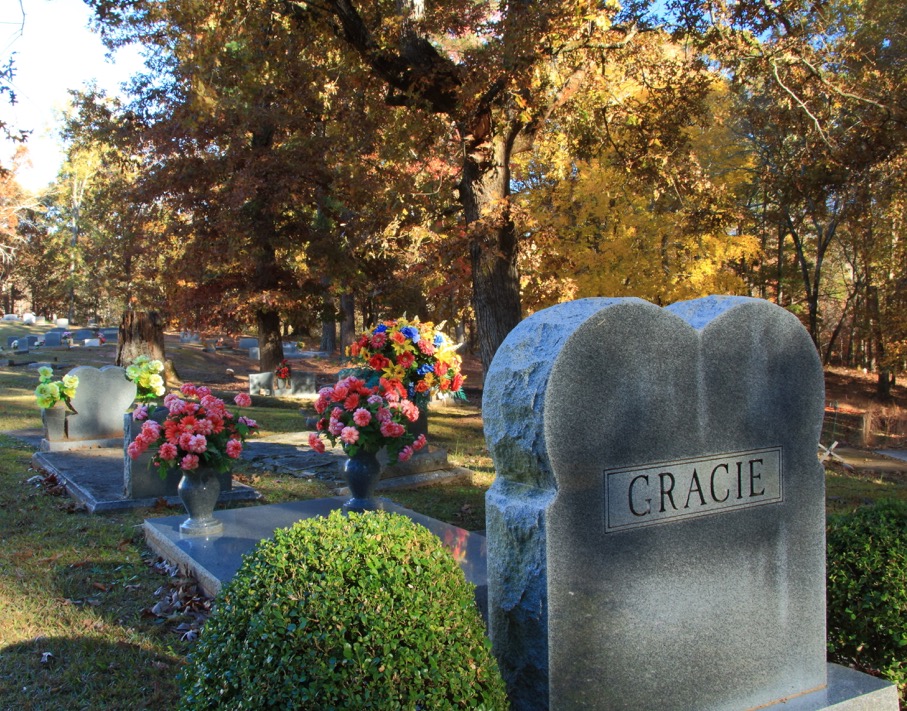 Song lyrics and columns don’t require a ton of words. So, I’m not here to fan any flames, just to write succinctly about a place and time in the South when blacks and whites cooperated on a matter concerning the soul, sharing a place to worship. “Two churches in one,” as the marker explains. We hear few stories like New Ford’s, and while a column by necessity must be brief, I sense a deeper, longer story here that shines a bright light in a time of strife, death, and sadness, but from all that gloom comes a bright sight. Gracie’s grave. Its colorful plastic arrangements caught the sun just so, and the heart-shaped headstone is one I don’t see too often. I could not leave without photographing it.

“There’s a church in the valley by the wildwood, no lovelier spot in the dale” goes the song. I lift up my eyes unto New Ford Church, and these things I love: the blue windows with crosses, those twin steeple-like structures … one for whites and one for blacks, perhaps? But I know this. The beautiful church served a vital mission in the past, as it does today. The marker also says, “May God continue to bless New Ford Baptist Church.” To that I say, amen.