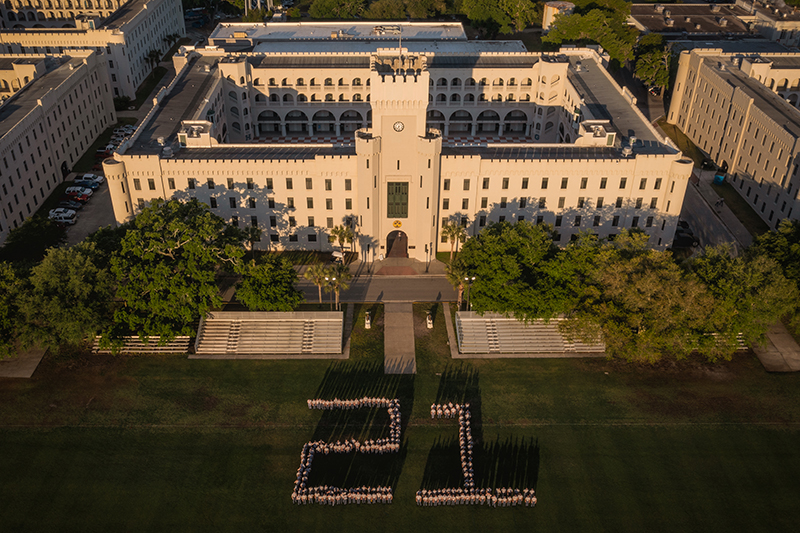 More than 560 cadets will graduate as members of The Citadel Class 2021 of at McAlister Field House on Saturday, May 8. They will be joined by 25 veteran and active duty student graduates.

The speaker for both Corps ceremonies will be The Citadel Commandant of Cadets, Captain Eugene “Geno” Paluso, USN (Ret.), ’89.  Paluso will retire from the position of commandant on June 30, 2021. Paluso held leadership roles commanding special operations forces in the Balkans, Africa, Iraq and Afghanistan. He has led men and women in combat at all levels as a Naval officer.