Late, late afternoon it was. She walked into the restaurant and lit it up. A beautiful woman will do that, light up a place, but she was an outlier, a woman who no longer dyed her hair but had taken care of herself over the years.

Nobody likes growing old, and there’s but one way to avoid it, the unacceptable alternative. And so aging drags us through the years as we resist mightily, but there’s no way out. All you can do is live a life that’s good, one that’s healthy, and accept the fact that you’re going to age. 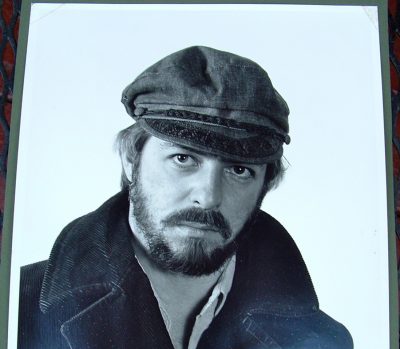 The author when his hair was naturally dark.

Aging’s stealthy. First, an outward sign slips up on us like a thief in the night. Graying hair robs us of our youth. Thus many women pay salons big bucks to hide the gray. (Most men could get three years’ worth of haircuts for one woman’s cut and color.) Women pursue coloring with perfection and they get away with it. Not men. Men use dye from a bottle, a DIY project. “Yeah, man, I’m looking good.”

No. You look like a fool. Uneven coloring and gray sideburns betray your amateurism. People snicker behind your back. “Did you see old so-and-so’s hair? Looks like he used shoe polish on it.” Nothing’s more obvious that some guy dying his hair. I know because I did it. Not long though. More on that later.

The battle to stave off aging goes on and on but victory never comes. It stands no chance against sunlight, genetics, gravity, a bad lifestyle, and more. Aging can turn the prettiest of the prettiest into ruination, the handsomest into a caricature of himself. People turn to anti-wrinkle creams, Botox, sunscreen, which is wise, all manner of cosmetics, and cosmetic enhancements, which often aren’t wise. The quest to look young is like an arms race, destined to end in disaster. Ever seen a cat woman?

The mirror doesn’t lie, nor do photos taken in the harsh glare of reality. Still, I’ve known several women who were beauties far beyond their youth, like that woman in late afternoon sunlight. Somehow they beat the odds … for a while at least.

Now, full disclosure as I promised—I hung out with a woman 18 years younger than me for two years, two miserable years. She urged me to color my hair. I went to a salon and they baptized me in Clairol Ash Blonde, “age-defying permanent hair color.” For two days my hair looked like Robert Redford’s but for two weeks it looked like a Tang toupee—orange. Forget that salon. I took matters into my own hands and began using a dye in a cheap pink plastic bottle. Well, you get what you pay for.

One night after a spirited work out at the gym I headed home. As I approached the entrance a friend stopped me. “Hey, Tom, are you doing something different to your hair,” she asked rather boldly.

“No,” I said rather stupidly. When I got home I faced the mirror. My T-shirt had a purple-blue ring around the collar. The next day I had that stuff cut out, and soon the young woman moved on. Plop plop, fiz, fiz. Oh what a relief it is!

The Tams had a hit, “Be Young, Be Foolish, Be Happy.” Men? Be old, be wise, be happy. Quit dying your hair. As I think of men who dye their hair a certain football coach comes to mind. You’re a great coach. Be a great man. Quit dying your hair and accept aging. I did, and you can too, and you’ll be glad you did.