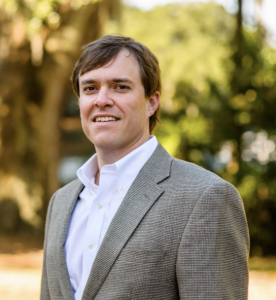 The Southeastern Wildlife Exposition (SEWE), a 501(c)(3) nonprofit organization that celebrates wildlife and the great outdoors through fine art, live entertainment and special events, announced its Board of Directors has appointed John Powell, current Executive Director, as the new SEWE President and Chief Executive Officer, effective July 1. He succeeds Jimmy Huggins, who will retire and transition into a consultant role for the staff and board.

Powell has been an integral part of the SEWE team for more than a decade and has helped grow the nonprofit into the nation’s premier wildlife art show and the largest event of its kind in the U.S. He first joined the organization in 2007 and assumed the position of Executive Director in 2011. During his tenure, he has gained extensive experience in senior management and leadership. He has guided the strategic development of the nationally-acclaimed event and overseen the organization’s day-to-day operations, which involves collaborating with SEWE’s corporate partners, coordinating the show’s exhibitors and executing site layouts for venues.

“The SEWE Board of Directors is extremely pleased to announce that John Powell will assume the position of President and CEO of the Southeastern Wildlife Exposition. John has been a valuable member of the SEWE team for many years, and as Executive Director has earned the full support and respect of our Board,” said Neil Robinson, Chairman.

“The Southeastern Wildlife Exposition is a stalwart for Charleston and the state of South Carolina, and it has been built each year and over time by an army of dedicated staff, corporate and vendor partners, and loyal attendees,” said Powell. “While I count myself fortunate to be a steward and serve an extraordinary Board of Directors, SEWE belongs to the region and state which it supports through its mission each year.”

SEWE began in 1983 as a way to encourage locals and visitors to enjoy the Charleston area, support community attractions and celebrate the great outdoors. Over the past four decades, the event has become a staple on the Southeast’s calendar and the unofficial kick-off to tourism season in the Lowcountry, occurring annually in Charleston over Presidents’ Day Weekend. SEWE has grown exponentially in its 40 years, from 5,000 attendees in 1983 to 50,000 attendees in 2022.

The nonprofit’s success and impact on Charleston are unprecedented in its storied history. SEWE has surpassed many of the events in which it was originally modeled after, in both size and scope. The nonprofit consistently sells out its VIP program and special events and brings repeat visitors to the region, driving high occupancy rates and direct visitor spending for the city.

“For four decades, SEWE has been a vital part of the Charleston scene, allowing citizens and visitors alike to savor the beauty of nature here in the Lowcountry, while working to conserve it for future generations. It’s been an outstanding first 40 years, and I look forward to working with John as he leads SEWE into the next 40,” said Charleston Mayor John Tecklenburg.

Huggins, who has been involved with SEWE since its inception, has expressed full trust and support in the board’s appointment of Powell.

Powell will continue to help SEWE grow on the national stage and pursue its mission to showcase the finest in wildlife art, support conservation, positively influence wildlife and nature education and impact the local and statewide economies through increased tourism.

For more than 40 years, the Southeastern Wildlife Exposition, a 501(c)(3) non-profit organization, has proudly presented the finest in wildlife art, conservation and the outdoor lifestyle at its annual event in Charleston, South Carolina. SEWE will host its 41st event in 2023 at multiple venues throughout downtown Charleston from February 17 – 19, with VIP events beginning on Thursday, February 16.