The old church just wanted to be left alone, but that didn’t happen. Someone shot out her windows. Some kid’s BBs shattered panes, leaving sharp jagged edges in their wake. Panes hanging like guillotines gave a gray catbird a perilous route to build a nest where men once sought sanctuary. Through broken glass the bird flew, confident it’d suffer no pain from the pane.

It was a cold spring afternoon when I stood in a beautiful old church taking photos of an old Bible on an old pulpit in a church no longer active. To my right, a fluttering motion caught my eye. That catbird was about to fly into the sanctuary when it caught sight of an interloper. It held up, wings cupping air, marking time as it decided to flee. Just like that it was gone. 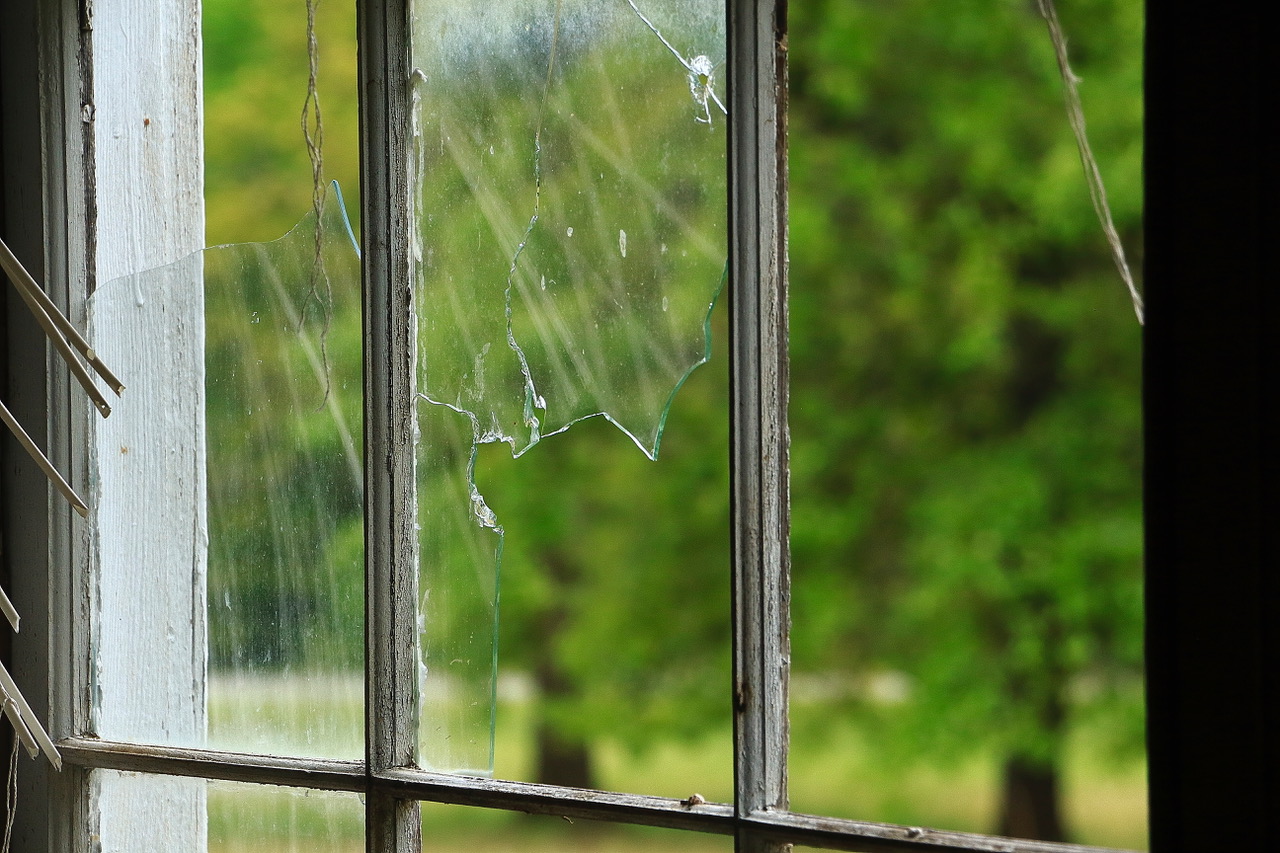 A church window’s broken glass offers no barrier to a determined catbird.

I moved out of view and soon the bird darted through a pane. It flew past venetian blinds hanging like large white pine needles or so many giant spaghetti noodles. It swooped over fine pews of longleaf pine, then soared up to its nest where fledglings made a ruckus. Dinnertime. The nest in the church’s front, up near the ceiling, made for a protective place to raise a brood. It’d be tough for a snake or crow to attack the nest, and bad weather was of no concern.

Such a scene’s oft repeated. In my rambles along back roads, I explore many an abandoned building and over and over I see how wildlife makes good use of man’s forsaken places. I have encountered baby buzzards, immense wasp nests, abandoned hornet nests, Carolina wrens, and other creatures that found secure homes in places we left for greener pastures.

I’m glad our old habitat gives them new habitat. When you see just how many woodlands are falling to the saw these days, you better appreciate how old buildings take up some slack. As I stood in the old church, I noticed bird nests had been built atop most of the light fixtures hanging from the ceiling. It brought to mind wood duck boxes and those wraparound metal baffles. Consider the church a snake baffle. 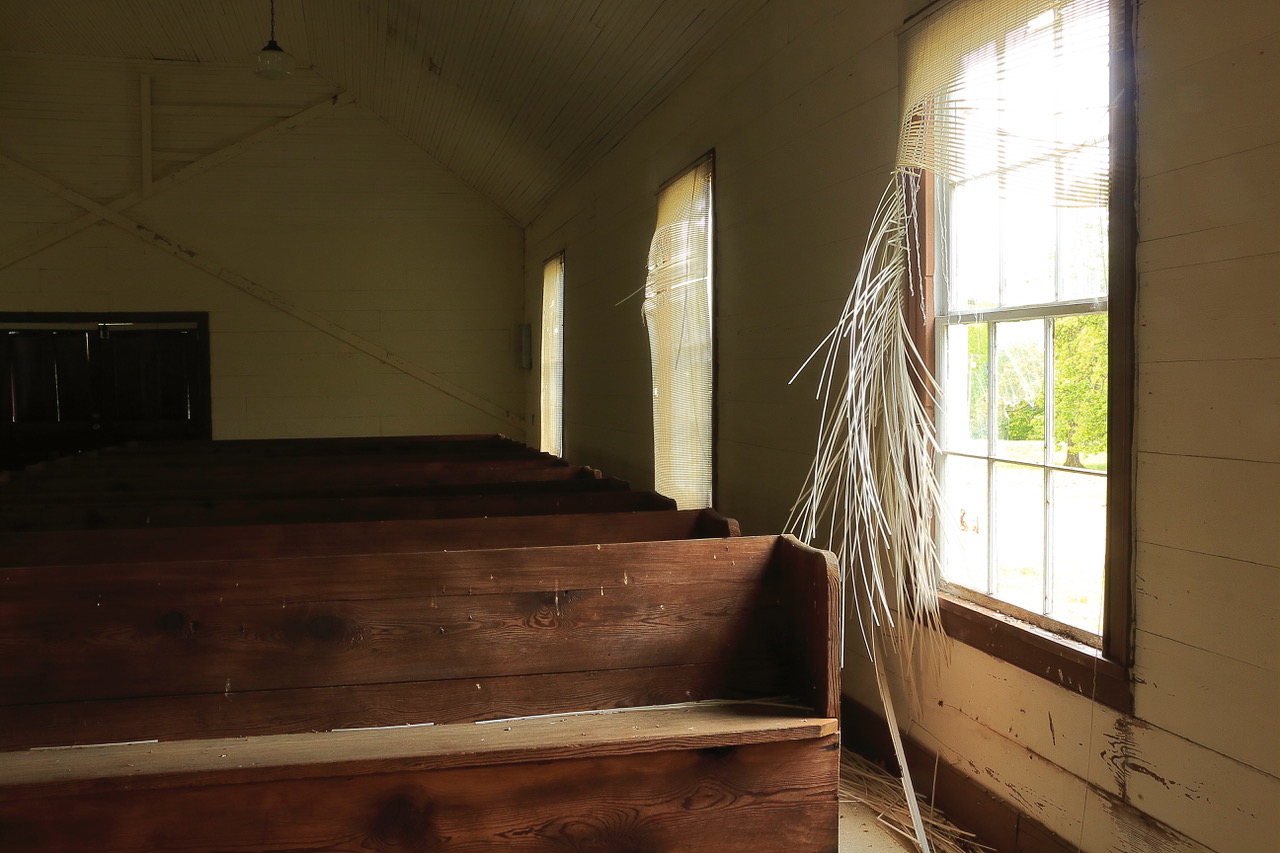 Inactive churches, abandoned barns and houses, forgotten stores, I daresay even ugly forlorn strip malls, are not abandoned, not at all. No, wildlife species inhabit such places. Bats, foxes, squirrels (of course), and various species of birds take up residence in places man used to call home. Add old cars and trucks to the list. Last spring I came across a Carolina wren nest in an abandoned refrigerator, its door ajar just enough to give the jaunty birds a way in and out. And how many times have I come across the skin of a snake in an old shed.

Whatever man leaves behind, nature repurposes. Suppose mankind ceases to exist? lan Weisman did. In his book, The World Without Us, Weisman predicts that an abandoned city would start looking like a forest within five years. Give nature 20 years and skyscrapers tumble. Let 200 years pass and trees colonize a city. I find that comforting, and early pioneers of such a world are creatures like that gray catbird. It found sanctuary in a sanctuary by daring to fly through broken glass. And soon the day will come when its brood must fly through broken glass with perfection. Never doubt for a minute. They will.