The book world brings interesting people my way. Some are nobodies. Some are famous. Jack Palance was famous, a Hollywood tough guy, a tough guy with a soft heart. He wrote a book of poetry, The Forest of Love. It’s about his love for a woman and his love for nature. He also did the art and illustrations for his book. When I left you this morning, your lips were slumbering passionflowers. That doesn’t sound like a killer does it. 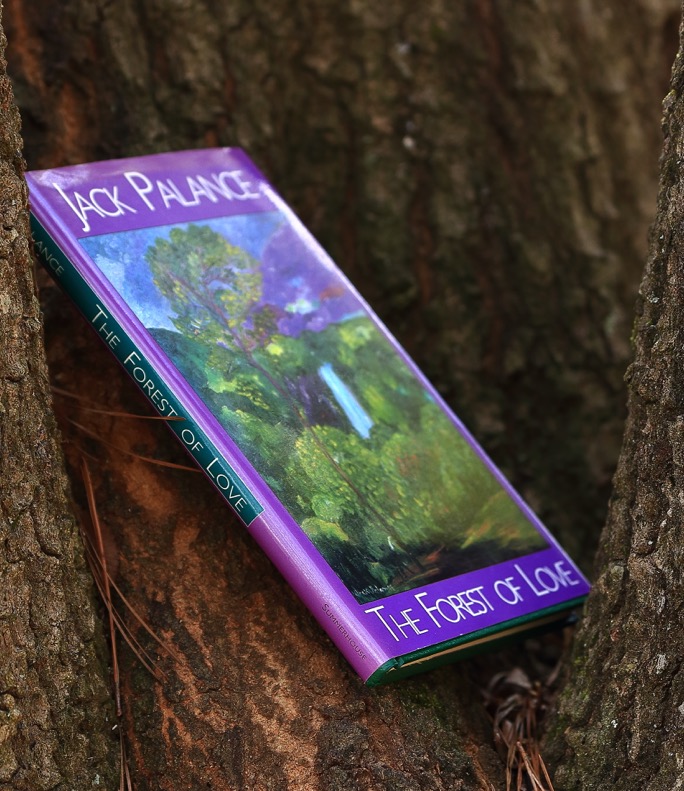 He seemed to be a man of few words. He came from Hazel Township, Pennsylvania. He earned a football scholarship to the University of North Carolina. Among his occupations were coal miner, radio writer, and professional boxer. Of Ukrainian descent his real name was Volodymyr Palahnyuk. I can see why he changed it to Jack Palance, keeping the first four letters of his surname.

Palance received a Purple Heart and Bronze Star for his service as a B-24 pilot in World War II, having landed his plane in pain with the cockpit on fire. He never talked about it I read.

Palance was interested in the stage and got his break when Marlon Brando needed an understudy for a play. Palance applied for and got the job. Brando, a boxing enthusiast, asked him to work out with him. Palance’s mistimed punch broke Brando’s nose, landing him in the hospital, and Palance had his chance. Critics praised his performance. Soon after, Jack Palance accepted a film contract from 20th Century-Fox.

Oscar-nominated for his dastardly role as the hired gun and ruthless threat to homesteaders in Shane and the husband plotting to kill his wife, Joan Crawford, for her money in Sudden Fear, awards eluded him. Not so when he played the tough, leathery trail boss taking three middle-aged men through a cattle drive in City Slickers, a role parodying his screen image. The night he won his award he made Oscar history by interrupting his stumbling acceptance speech to perform one-armed push-ups on stage. Asked about it later, he said, “I didn’t know what the hell else to do.”

In City Slickers, Palance plays Curly and there’s a scene that goes like this: “Hi Curly. Killed anyone today? Curly: The day ain’t over yet.” Then we have these lines … Always I have loved walking through tall trees hunting mushrooms … I died when you walked away, knowing I would never see you again. No, those aren’t the words of a tough guy, and they prove to us that acting is, well, acting.

The tough guy with the soft heart? He’s no more, having died November 10, 2006. But his films and one book live on, assuring the tough guy immortality.

And me? I don’t know if it was a right- or left-handed punch that broke Brando’s nose, but maybe I shook the hand that broke it, my claim to fame.