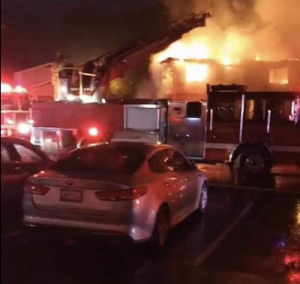 In the early morning hours of Sunday, December 20th fire broke out in a unit of the Landau apartments in Clinton.

The fire expanded quickly, and the results were devastating.  The fire destroyed an eight-unit structure and one child age 3 or 4 perished in the fire.

“Clinton fire crews made multiple attempts to gain access to the second floor, into the apartment where the reported person was entrapped.  However, fire conditions were so bad, fire crews had to transition into exterior defensive attack,” said Fire Chief Phillip Russell.

“Once conditions allowed, fire crews were able to find and locate one fire victim, a child who was staying in the apartment facility that burned.  There were 15 people displaced by the fire this morning.  Both the Red Cross and the Landau Apartment facility were assisting residences and finding them lodging options.”

With Christmas just five days away the impact of the fire is magnified.  But the Laurens County spirit is strong and local businesses, organizations and individuals are stepping up to help those in desperate need.

The LaurensCountyBUZZ has established the “Landau Fire Fund” account at Arthur State Bank (205 Jacobs Hwy, Clinton).  One hundred percent of the funds raised will go directly to the displaced individuals. 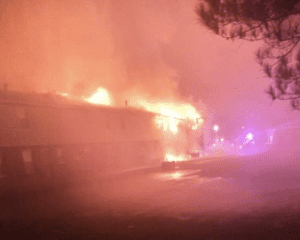 “We want to show them that we care,” said Brenda Stewart, publisher of the LaurensCountyBUZZ.  “We hope to make Christmas happen for displaced children and provide funds for much needed items.”

Businesses, churches and individuals wishing to contribute to the fund should take their checks or cash contributions to Arthur State Bank in Clinton.

Support for the cause is strong with contributions already coming in from:

Many others are contributing but wish to remain anonymous.

It’s a tragedy that shakes you to the core. No one should experience such a loss and at this time of year it is so much worse. 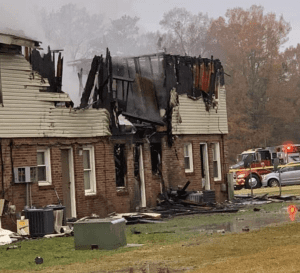 So, let’s stand together and show our generosity to those in need.  You can be a part of something great and truly make a difference. Checks should be made payable to “Landau Fire Fund.” Cash contributions also accepted.