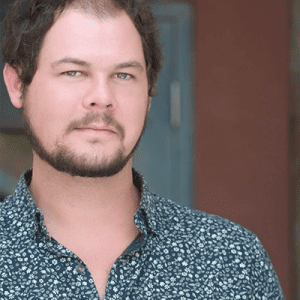 On Monday, February 17, 2020, the Trustus Theatre Board of Directors voted to end the organization’s search for a Managing Director that began in September 2019, and named current Artistic Director Chad Henderson as the Producing Artistic Director. Henderson will now serve the organization in an Executive capacity to lead artists, staff, board and the community in realizing Trustus Theatre’s mission.

Chad Henderson is a native of Spartanburg, SC, and began working at Trustus Theatre in 2007 as the Marketing Director after graduating from the University of South Carolina. After an eight-year career as a professional director, he became Trustus Theatre’s third Artistic Director at the start of the theatre’s 31st Season in 2015. This is Henderson’s fifth season as the Artistic leader of the organization, and the SC Theatre Association recognized him with the 2019 Founders Award last season in recognition for his contributions to SC theatre the previous year.

Sumner Bender, President of Trustus Theatre’s Board of Directors, is confident in the board’s decision to make Henderson the Producing Artistic Director. “Over the past several years, Trustus Theatre has been in a structural transition,” said Bender. “One of the only constants during that change has been Chad Henderson. The Board of Directors worked diligently over the past year to assess and evaluate the responsibilities and duties for an organizational leader. Many of those duties were already being performed by Mr. Henderson. A theatre organization is mutable, just like many smaller arts organizations, and it must be able to recognize when that change is needed. Therefore, when hiring an organizational leader, you can only hope for one that understands the mission, is a champion for the vision, and willing to work hard to maintain that integrity. We’re lucky that Mr. Henderson possesses all of those qualities and will continue to serve as a leader for Trustus Theatre.”

Henderson is honored by the opportunity to serve Trustus in this new capacity. “Trustus has been my artistic home for over fifteen years,” said Henderson. “Being given the chance to lead the organization in this capacity is humbling, and it is also energizing. I can’t quantify what this theatre has given me since its Co-Founders Jim and Kay Thigpen hired me right out of college, but I constantly endeavor to give back in whatever way I can. While our strategies may transform on occasion, the organization continues to be a vital cultural institution in South Carolina. My hope is that my service to the organization can position it for continued success in the next 35 years by celebrating artistry, community, and the power of storytelling.”

The theatre intends to hire an Administrative Assistant of Production in the coming months to assist in the management of productions, contribution programs, and communications.

Trustus Theatre is currently in its 35th Season as the Midlands’s contemporary professional theatre. Founded in 1985 by Kay and Jim Thigpen, Trustus Theatre boasts two performing venues with the Thigpen Main Stage seating 132 and the Trustus Side Door Theatre seating 50. The theatre and the Trustus Company endeavor to enrich the lives and deepen the experiences of their artists and patrons by producing works that examine humanity in the 21st Century. The theatre’s goal is to select challenging scripts that will start and nurture dialogues that promote discussion within the community with productions that are brought to life through dynamic storytelling and inventive designs.