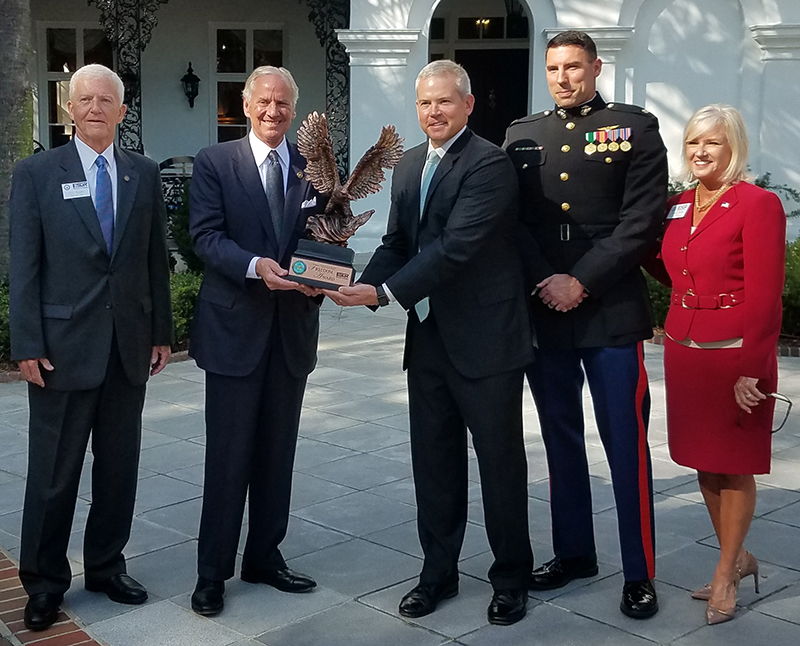 Columbia’s Boyer Commercial Construction and Grand Strand Medical Center in Myrtle Beach were both presented the 2021 Department of Defense Freedom Award by the Employer Support of the Guard and Reserve (ESGR) during ceremonies at the Governor’s Mansion, Sept. 28.

“Both companies are being recognized for their exemplary support for their employees who also serve in the United States military,” said Jennifer Harding, state chair for ESGR. “These two companies along with 13 other recipients from across the country were selected from 3,382 nominations. So South Carolina received two Freedom awards out of 15 for the country. That’s amazing.”

“This is a recognition of the people who are willing to defend our country to make our country strong,” said McMaster. “It is a fact of life – international life as well – that sometimes we have to fight. There are some who are willing to fight, and there are others who are not. And if we don’t have people who are willing to put their lives in jeopardy – whether in military uniforms or law enforcement uniforms – then we don’t have a country. And so to understand what it takes for a man or a woman to step forward and say, ‘send me,’ we must also understand that it takes a team to do that.”

McMaster added, “[Those who serve in the Guard and Reserve components] are earning a living some kind of way. And they must have the support of those for whom they work in order for them to protect us to make our country strong. That’s why it’s really quite an honor to have two of our employers out of all in the country to be recognized for supporting our Guard and Reserve, and in doing so [supporting] the country and the strength and future of our country.”

The prestigious ESGR Freedom Award is the highest recognition given by the Department of Defense to employers for their exceptional support of their employees who serve in the Guard or Reserve components. Approximately 300 recipients, nationwide, have been honored with the Freedom Award since it was established 25 years ago.