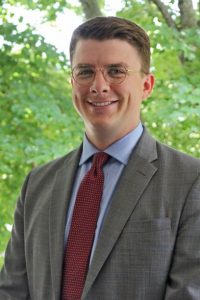 United Community Bank welcomes David Matthews as a Business Development Officer under its newly created USDA Lending Group. Matthews brings extensive experience to this role, having recently served as the Deputy White House Liaison to the USDA under the Trump Administration. He will now be responsible for building a team and further developing United’s USDA lending capabilities nationwide.

“David’s expertise in this sector will be an incredible asset as we expand our offerings to customers across the country,” said Beth Hallock, President of United’s SBA division. “We are thrilled to have him as part of our team, and we are looking forward to serving our community in new ways through this increased capability.”

Matthews held several roles under the USDA from 2017-2021 and played an integral role in the development and implementation of multiple programs aimed at expanding economic opportunity and sustainability. During his stint, he was recognized by the Farm Service Agency (FSA) for his leadership and service to agriculture. He also received the FSA Administrator’s Award for Service to Agriculture and the FSA Harvest Recognition for “Engaging the Workforce: Leaders that Make a Difference.”

“It’s an honor to join United Community Bank and help lead their efforts in this sector,” said Matthews. “United is a personable bank that takes pride in communicating with those they serve and investing in local communities. The programs and services offered under the USDA will be the perfect addition to the bank’s already robust portfolio.”