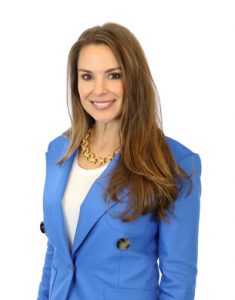 United Community Bank is proud to announce the addition of Holly Hawse Berry as the company’s new Chief Human Resources Officer. In this role, Berry will help recruit and nurture the talent United needs to be successful, while fostering a workplace culture that excites, engages, motivates, and rewards employees. She will be located at the company’s headquarters in Greenville, S.C.

“I am so excited to join a company that is experiencing tremendous growth and momentum. My goal at this bank is to hire and inspire great individuals that will fit into the culture of an exceptional place to work,” Berry says.

She also holds a Master of Business Administration with a major in Human Resources Management from Webster University. Her industry certifications include the Senior Professional in Human Resources (SPHR) and SHRM Senior Certified Professional (SHRM-SCP) designations. Holly also earned a certification in U.S. Health Policy from Harvard University.

“Our people are our greatest asset, so both growing and motivating that team is a critically important piece of our future. I’m thrilled to welcome someone with Holly’s expertise, energy, and dedication to her field to our executive leadership team,” said Lynn Harton, Chairman and CEO of United Community Bank. “I look forward to supporting Holly as she guides our investment in our team’s development.”

In addition to being passionate about her work, Berry is just as enthusiastic about her sports. One of her earliest jobs was a professional snow ski instructor on the slopes in West Virginia. These days, you’ll find her on the tennis court, scuba diving, or enjoying a relaxing kayak ride.

Berry succeeds Susie Hooper, who will retire in March after 33 years of service with United Community Bank.

United Community Banks, Inc. (NASDAQGS: UCBI) provides a full range of banking, wealth management and mortgage services for relationship-oriented consumers and business owners. The company, known as “The Bank That SERVICE Built,” has been recognized nationally for delivering award-winning service. At December 31, 2021, United had $20.9 billion in assets and 171 offices in Florida, Georgia, North Carolina, South Carolina and Tennessee along with a national SBA lending franchise and a national equipment lending subsidiary. Through its January 1, 2022 acquisition of Reliant Bancorp and its wholly-owned banking subsidiary, Reliant Bank, United added $3 billion in assets and 25 banking offices in high growth markets in Tennessee. In 2021, J.D. Power ranked United highest in customer satisfaction with retail banking in the Southeast, marking seven out of the last eight years United earned the coveted award. United was also named one of the “Best Banks to Work For” by American Banker in 2021 for the fifth consecutive year based on employee satisfaction. Forbes included United in its inaugural list of the World’s Best Banks in 2019 and again in 2020. Forbes also recognized United on its 2021 list of the 100 Best Banks in America for the eighth consecutive year. United also received five Greenwich Excellence Awards in 2020 for excellence in Small Business Banking, including a national award for Overall Satisfaction. Additional information about United can be found at www.ucbi.com.