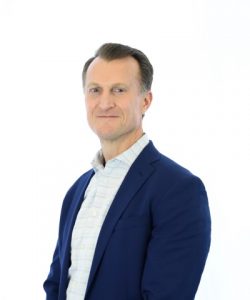 United Community Bank is pleased to add industry veteran Ron L. Fox as the company’s new Chief Compliance Officer. In this newly expanded role, Ron will be responsible for leading the design and implementation of compliance processes that contribute to the advancement of United’s strategic objectives. He will be based at the Greenville, S.C. company headquarters.

“I am thrilled to join United Community Bank at this exciting time for the company. As the bank continues to expand its services and technology capabilities, adhering to compliance best practices and minimizing risk through an effective risk management framework is critical to the company’s success,” said Fox. “United Community Bank has a talented team and tremendous opportunity for continued growth.”

Fox is a veteran of the financial services industry, with more than 20 years of experience in both consumer banking and as a regulator. Most recently, he served as Vice President and Chief Compliance Officer at USAA Federal Savings Bank in San Antonino, Texas. Earlier in his career, Fox conducted examinations at all bank levels as a Large Bank Examiner at the Federal Reserve Bank of Richmond in Virginia and as a Commissioned Community Bank Examiner with the FDIC.

“Continuing to build upon our culture of compliance within the bank is essential for us to achieve our strategic goals. Ron’s impressive experience and leadership in all aspects of compliance will be a huge benefit to our team,” said Melinda Davis Lux, Executive Vice President and General Counsel of United Community Bank.

Fox is a veteran of the U.S. Army, having served in combat operations in Desert Storm and Shield where he received numerous awards for his performance and leadership skills. Fox received his Bachelor of Science in International Business Management from Arizona State University. He also holds a Master of Business Administration from the University of Exeter in the United Kingdom.

United Community Banks, Inc. (NASDAQGS: UCBI) provides a full range of banking, wealth management and mortgage services for relationship-oriented consumers and business owners. The company, known as “The Bank That SERVICE Built,” has been recognized nationally for delivering award-winning service. At December 31, 2021, United had $20.9 billion in assets and 171 offices in Florida, Georgia, North Carolina, South Carolina and Tennessee along with a national SBA lending franchise and a national equipment lending subsidiary. Through its January 1, 2022 acquisition of Reliant Bancorp and its wholly-owned banking subsidiary, Reliant Bank, United added $3 billion in assets and 25 banking offices in high growth markets in Tennessee. In 2021, J.D. Power ranked United highest in customer satisfaction with retail banking in the Southeast, marking seven out of the last eight years United earned the coveted award. United was also named one of the “Best Banks to Work For” by American Banker in 2021 for the fifth consecutive year based on employee satisfaction. Forbes included United in its inaugural list of the World’s Best Banks in 2019 and again in 2020. Forbes also recognized United on its 2021 list of the 100 Best Banks in America for the eighth consecutive year. United also received five Greenwich Excellence Awards in 2020 for excellence in Small Business Banking, including a national award for Overall Satisfaction. Additional information about United can be found at www.ucbi.com.