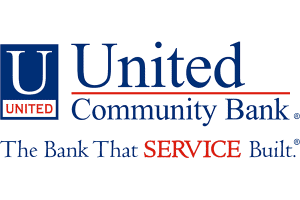 United Community Bank (United) is a sponsor of the inaugural Riverfront Revival festival curated by world-famous musician Darius Rucker. The two-day music event will be held at Riverfront Park in Charleston, SC on Saturday, October 8th and Sunday, October 9th.

Billed as “a love letter to country music and to South Carolina’s Lowcountry,” the festival will have a line-up of 18 musicians specially selected by Rucker. The line-up includes Brothers Osborne, Trampled by Turtles, Jimmie Allen, Charley Crockett and more.
United Community Bank is proud to be a sponsor of this inaugural event. United will have a special lounge area in the VIP section for attendees to sit and enjoy the sights and sounds.

“It’s always exciting when we get the chance to see our customers doing what they love in our community,” said Dixon Woodward, South Carolina State President. “As a longtime Charleston resident, I know how much Darius loves the Lowcountry, and I’m excited that United gets a chance to be part of something that will bring a lot of joy to music lovers and festival goers alike.”

United Community Banks, Inc. (NASDAQGS: UCBI) provides a full range of banking, wealth management and mortgage services for relationship-oriented consumers and business owners. As of June 30, 2022, United had $24.2 billion in assets and 195 offices in Florida, Georgia, North Carolina, South Carolina, and Tennessee, along with a national SBA lending franchise and a national equipment lending subsidiary. The company, known as “The Bank That SERVICE Built,” has been recognized nationally for delivering award-winning service. In 2022, J.D. Power ranked United highest in customer satisfaction with consumer banking in the Southeast, marking eight out of the last nine years United earned the coveted award. Forbes recognized United as one of the top ten World’s Best Banks in 2022. Forbes also included United on its 2022 list of the 100 Best Banks in America for the ninth consecutive year. United also received ten Greenwich Excellence Awards in 2021 for excellence in Small Business Banking and Middle Market Banking, including national awards for Overall Satisfaction and Likelihood to Recommend. United was also named one of the “Best Banks to Work For” by American Banker in 2021 for the fifth consecutive year based on employee satisfaction. Additional information about United can be found at www.ucbi.com.