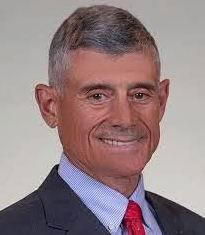 After focused discussions with President Bob Caslen, University of South Carolina Board of Trustees Chair C. Dorn Smith III, MD has announced that President Caslen has tendered his resignation. Chairman Smith thanked President Caslen and his wife Shelly for their service to the university during the challenges of the last two years.

Chairman Smith also announced that former President Harris Pastides has agreed to serve as the interim president of the university. A search for a permanent president will be initiated immediately.