The University of South Carolina pumps approximately $6.2 billion annually into the state’s economy, making it a major contributor to the Palmetto State’s growing job market and an essential part of its future economic prosperity, according to a new study released Wednesday, March 3.

The findings are part of a study by researchers at UofSC’s Darla Moore School of Business and is an update of a 2017 report that found the university’s annual statewide economic impact was $5.5 billion, representing $700 million of growth over four years.

Among the study’s key findings:

The study also examined how the university’s Columbia campus can play a central role in boosting future economic growth in the Midlands region, which has for the past decade lagged behind the Charleston and Greenville/Spartanburg metropolitan areas. (See Figure 3 below). 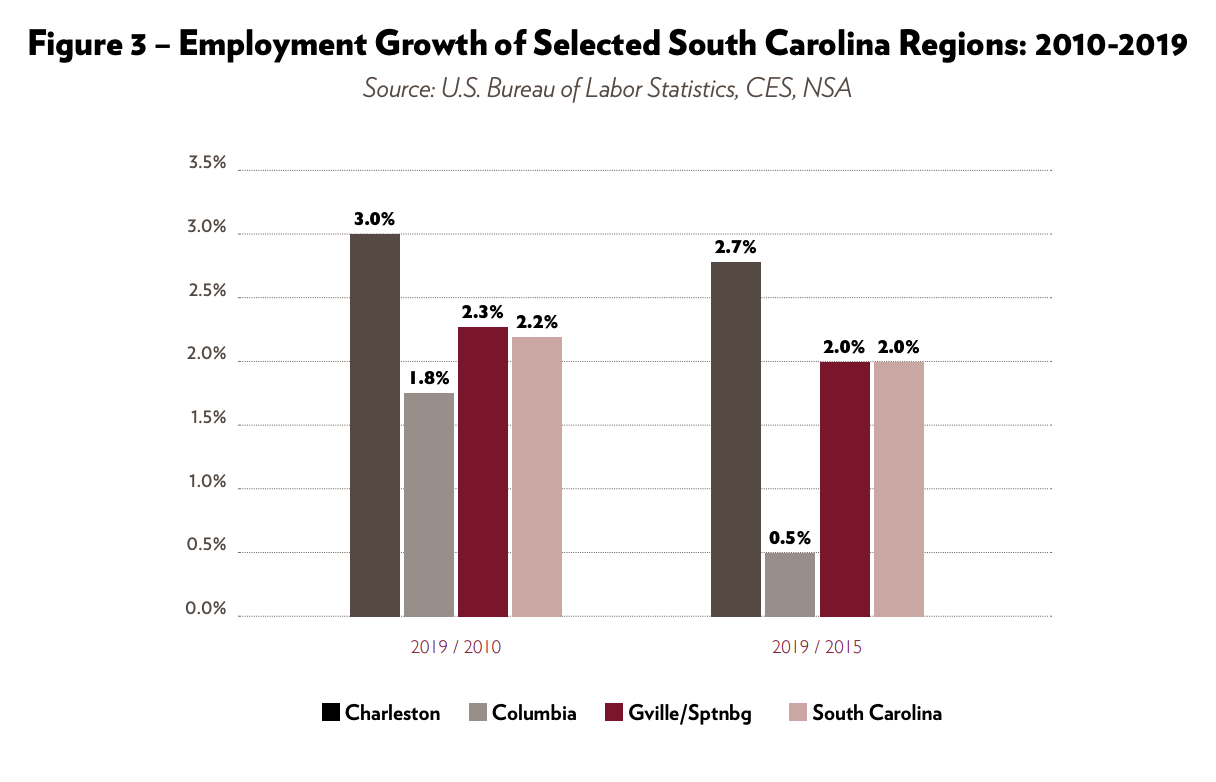 Moore School economist Joseph Von Nessen, the study’s lead researcher: “The ongoing COVID-19 pandemic could pose as a significant challenge to the region’s ability to spur growth in the short term, given the state capitol’s reliance on state and federal funding,”  However, UofSC’s focus on producing highly skilled graduates in competitive fields, coupled with its efforts to attract new private research partners to the region, “has the potential to significantly boost growth throughout the 2020s,” the study concluded.

UofSC, through its Office of Innovation, Partnerships, and Economic Engagement, has worked to create research partnerships with corporate leaders in advanced manufacturing, artificial intelligence, pharmaceuticals and more. The proposed UofSC health sciences campus also will include a new School of Medicine and public/private research laboratories, creating a hub for biomedical education and innovation in the heart of Columbia.

Growth in existing industry and new business spin-offs would help keep skilled graduates in the Midlands. That’s critical, the study says, because even small increases in the retention of college graduates can have a significant regional economic impact—an estimated $14 million annually for every one percentage point increase in graduate retention.

A future Moore School study will further examine the impact of the individual system institutions on various regions of the state, including Aiken, Beaufort, Upstate and the four regional Palmetto College institutions.