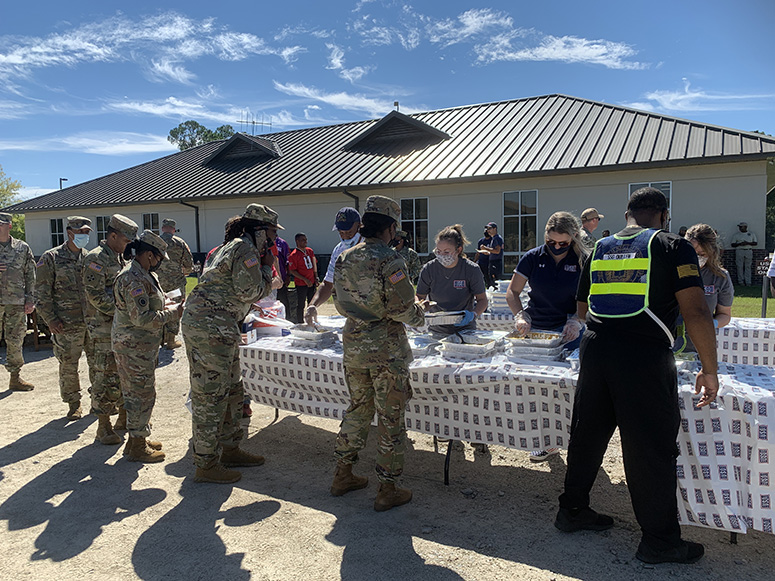 Since opening on September 10, 2011, the USO location has been visited nearly one million times. The center was built to offer reprieve and entertainment for the South Carolina National Guard, Navy Sailors completing pre-deployment combat training and other service members using the McCrady Training Center.

“We are thrilled to be celebrating ten years of service at McCrady Training Center! Thanks to our partner GEICO for supporting this anniversary celebration,” said Joanie Thresher, Executive Director USO South Carolina. “We’re especially proud to have served service members nearly one million times through these doors.”

The USO center at McCrady Training Center features movie theater style recliners, cable television, pool tables, snacks, board games, and indoor and outdoor seating. There is also a Bob Hope Legacy Reading Program room, which provides deploying service members with the opportunity to record themselves reading a book to his or her children. The USO then mails the book and the video recording to the child.

“Ten years ago I was here when this USO opened,” said Sergeant First Class (retired) Charles Boone. “I’ve been the recipient of USO goodness all over the world, and this USO center here at McCrady is top notch. From having a cool place to come to after a long, hot day of drill weekend to being able to read to my son through the Bob Hope Legacy Reading Program prior to deploying, the USO has always been by my side.”

The USO strengthens America’s military service members by keeping them connected to family, home and country, throughout their service to the nation. At hundreds of locations worldwide, we are united in our commitment to connect our service members and their families through countless acts of caring, comfort and support. The USO is a private nonprofit organization, not a government agency. Our programs, services and entertainment tours are made possible by the American people, support of our corporate partners and the dedication of our volunteers and staff.