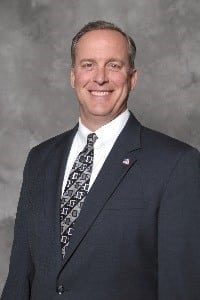 Viking Mergers & Acquisitions, a well-known M&A firm serving business owners in the Southeast, is pleased to announce their expansion to Charleston, South Carolina. As part of this effort, they have partnered with Ben Knight to open a new office to serve the Low Country. As Managing Partner, Knight understands the importance of providing quality guidance to help business owners sell their companies.

A native of Virginia, Knight graduated with a B.A. Economics from Hampden-Sydney College. He spent 20 years working for a Fortune 100 company in the consumer products industry, becoming Vice President of Sales. Next, Knight became Executive Vice President of Sales & Marketing for a packaging company in Los Angeles, where he led a once struggling company to grow from $27 million to $100 million in annual revenue in less than four years. However, the desire to own his own company caused Knight to research small companies for sale in the Southeast so he and his family could get back closer to their roots.

In 2007, working with Viking M&A, he acquired FASTSIGNS South Tryon in Charlotte, North Carolina. Knight then acquired two additional locations for this franchise; Rock Hill, SC in 2009, and Matthews/Ballantyne in Charlotte, North Carolina in 2012. Through Knight’s leadership, he grew these locations to become one of the highest revenue generating groups of centers world-wide in the FASTSIGNS International franchise system. Successfully selling these three centers in 2017, Knight decided to join with Viking Mergers & Acquisitions and open a new location for them in Charleston, SC. As Managing Partner, he will help business owners sell or buy a business in Berkeley, Charleston and Dorchester counties.

Founded in 1996 by Brad and Jay Offerdahl, Viking Mergers & Acquisitions was established with the vision of providing customized exit strategies and M&A mitigation to middle market business owners. Since their inception, Viking Mergers & Acquisitions has sold over 500 businesses across the Southeast. Their intermediaries have hundreds of years of collective experience and nearly 75% have owned a business of their own. Viking proudly boasts a closing rate that is 3x the national average and businesses that sell for 96% of their asking price.

To learn more about Viking Mergers & Acquisitions, please contact them at (704) 676-0940, or visit www.vikingmergers.com to see active business listings or request a valuation for your business.