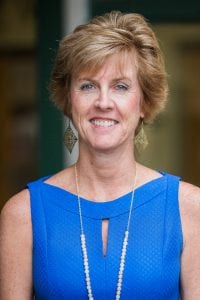 Her ability to see far beyond what is to what could be is a special gift that has garnered Round Top Elementary School Principal Jeaneen Tucker great success throughout her illustrious 40-year career. Tucker is a 2020 recipient of the South Carolina Association of School Administrators (SCASA) Lifetime Achievement Award.

Her exemplary leadership in the areas of character education, social-emotional learning, and leadership development was recognized when Round Top was named a Lighthouse School and Lighthouse School of Academic Distinction. The Lighthouse School designation is an international award given by Franklin Covey (The Leader in Me). Becoming an AVID (Advancement Via Individual Determination) Showcase School and being named a Palmetto’s Finest School are among many more achievements. Tucker credits her success to being surrounded by an exceptionally talented village for her entire career.

“I am both humbled and honored to accept this Lifetime Achievement Award. I believe effective leadership requires collaboration, synergy, and a commitment to continuous lifelong learning shared through a common vision and mission. The vast majority of my 40 year career has been serving the students of Richland Two. I have been blessed to work alongside a plethora of premiere educators. I wish I could call them all by name and express how profoundly grateful I am for their consistent support,” she said.

Richland Two Superintendent Dr. Baron Davis says Tucker is most-deserving of this acknowledgement. “Ms. Tucker’s career speaks volumes. She has served our students and entire district with tenacity and determination to get the best results for all, while holding a special place in her heart for students with special needs,” said Davis.

Attending Jacksonville State University, Tucker earned a Bachelor of Science degree in Education, and a Master of Education degree and Education Specialist degree from the University of South Carolina. Tucker is one of four administrators in the state to receive this prestigious honor.