Col. Vitali was recognized for his service as operations officer on the National Security Task Force, S.C. Floodwater Commission; and for his years of distinguished service as an officer of Marines who served around the world including wartime deployments to Iraq and Afghanistan commanding both U.S. and foreign military forces. 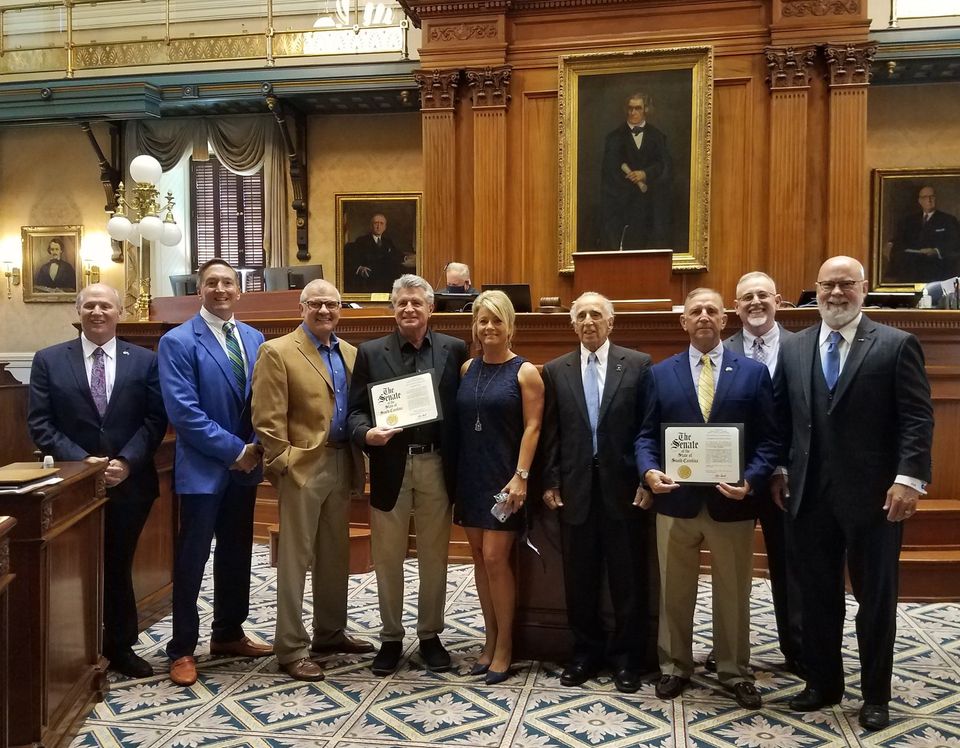 Vitali’s brother Keith was recognized for his just-published children’s book, VICTOR STOPS THE SCHOOL BULLY, co-authored with his third-grade grandson Sam Oates. Vitali, who today resides in Atlanta, was also recognized for his lifetime achievement as a writer, actor, film-producer, 10th-degree black belt, former U.S. National Karate Champion and one of Black Belt magazine’s top 10 fighters of all time.

“These two brothers – one a Marine, the other a movie star, and both accomplished martial artists – speak to the greatness of America and South Carolina, something we need to see and recognize more of these days,” says S.C. Floodwater Commission chair Tom Mullikin, who nominated the Vitalis for the awards. “Who these men are and what they have accomplished and represent are what make this recognition today one in which I am deeply honored to have been a part of.”