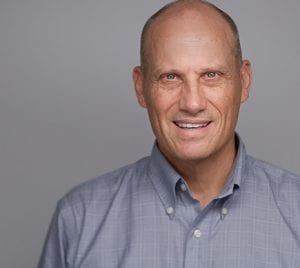 By Andrew Kurtz
President and CEO of Kopis

Chances are you’re reading this because you are interested in learning more about potential tech careers or Greenville, or (we hope) both.

Located on the Interstate 85 corridor halfway between Atlanta and Charlotte, Greenville has carved out a supersized niche in the past 20 years as one of the nation’s leading mid-sized communities. The county population is just north of half a million and it is all centered on a walkable and vibrant downtown that is one of the most copied and imitated in the country.

Greenville has an “it factor” when it comes to being a designation for business, travel and families. As a tech company that is located in downtown Greenville and has witnessed the growth during the past 20 years, Kopis is uniquely positioned to tell the story of why tech companies and tech job seekers need to have Greenville on their destination choices.

Inclusiveness: In 2018, The Brookings Institute named Greenville of the county’s eight best cities for digital and inclusive work environment. From the article, “Greenville, along with its success attracting and retaining new nanotech and e-health ventures, receives good marks across the board on our measures of inclusion in the digital economy. Black workers in the metro area are slightly overrepresented in tech jobs, comprising roughly 18 percent of the sector, for example. In addition, 31 percent of Greenville’s tech workers are female, making the region the sixth most gender-inclusive larger metro in the country for tech.”

South Carolina ranked fourth nationally with a 12.6 percent increase in jobs created by women-owned firms between 2007 and 2018 according to The State of Women-Owned Businesses, 2018.

Incubator: According to Inc. Magazine, when it named Greenville one of the nation’s Surge Cities, “Greenville has the sixth-highest rate of business creation in the nation, and much of its startup ecosystem centers on business-to-business software companies. Clemson University and several smaller area colleges turn out a steady stream of talent, who now want to stick around, and the lifestyle afforded by the city’s location near the Blue Ridge Mountains attracts outsiders.”

Quality of Life: WalletHub pegged Greenville at number 45 on the best places for STEM fields this winter. A lot of this has to with Quality of Life. Greenville was sixth overall in that category out of the 100 cities on the list, but also had a strong showing with the professional opportunities category where we ranked 21st. And where do we fall on the list at 45? Just a head of Nashville, Charlotte, New York City, and San Antonio. Greenville also is the highest ranked city in South Carolina on the list.

Entrepreneurial Spirit: Greenville has done a great job nurturing and driving entrepreneurs. The Angel Capital Association has recognized Greenville-based VentureSouth three years in a row as one of the top 10 angel investments groups in North America. Greenville also places high on numerous lists for best places for start-ups and business growth lists.

What does it all mean? You’ve heard of Greenville and you know the technology sector. It’s time to come to here and invest.

Andrew Kurtz is the President and CEO of Kopis, a Greenville- based technology firm focused on providing high impact software and cloud solutions to businesses and state agencies in the Southeast. With a growing team of more than 40 employees, Kopis is one of the fastest growing software companies in the state of South Carolina.