It’s an unusual plant. No flowers. No roots, but what a green velvety plant. Green moss mystifies me. When I come across it I stare. Always. Why can’t my lawn look like that? I don’t know much about moss, green moss, as it’s called, but I know this much. It likes moisture, it likes shade, and it likes old bricks. Baked red clay and soft green moss make a pretty pair. They just need a lot of time to connect.

Visit an old homesite during the cold season, for that’s when moss stands out. Moss doesn’t die back in winter. Chances are good you’ll see bricks carpeted in lush green and round green cushions appear here and there among the brown leaves of autumn. 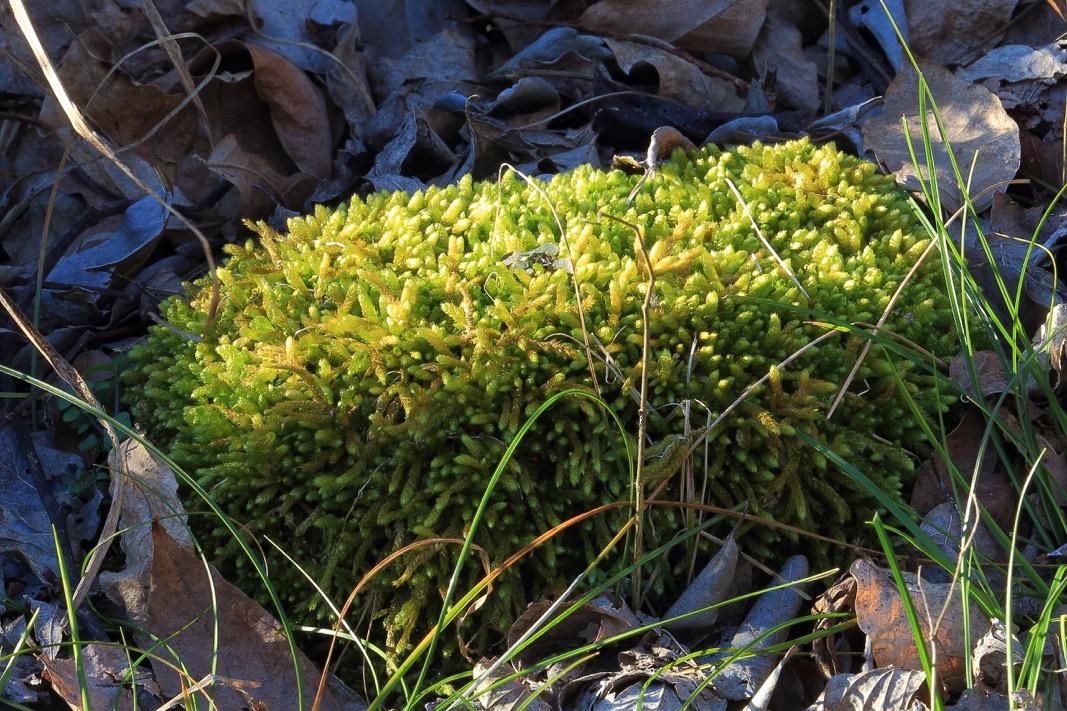 I visited one of my favorite haunts Saturday. My mission was to see the first blooming daffodils. Didn’t see any. They have a ways to go yet thanks to what has been a cold winter. The earth felt like a sponge from the recent rains. Streams and creeks ran red and over their banks and periwinkle was green. But the moss? Fluorescent. It literally glowed. Late afternoon sun turned spore stalks radiant. They stood and peered about like thin long-necked birds or miniature meerkats. (Study the photograph and you’ll spot the runners the plant uses to spread itself.) 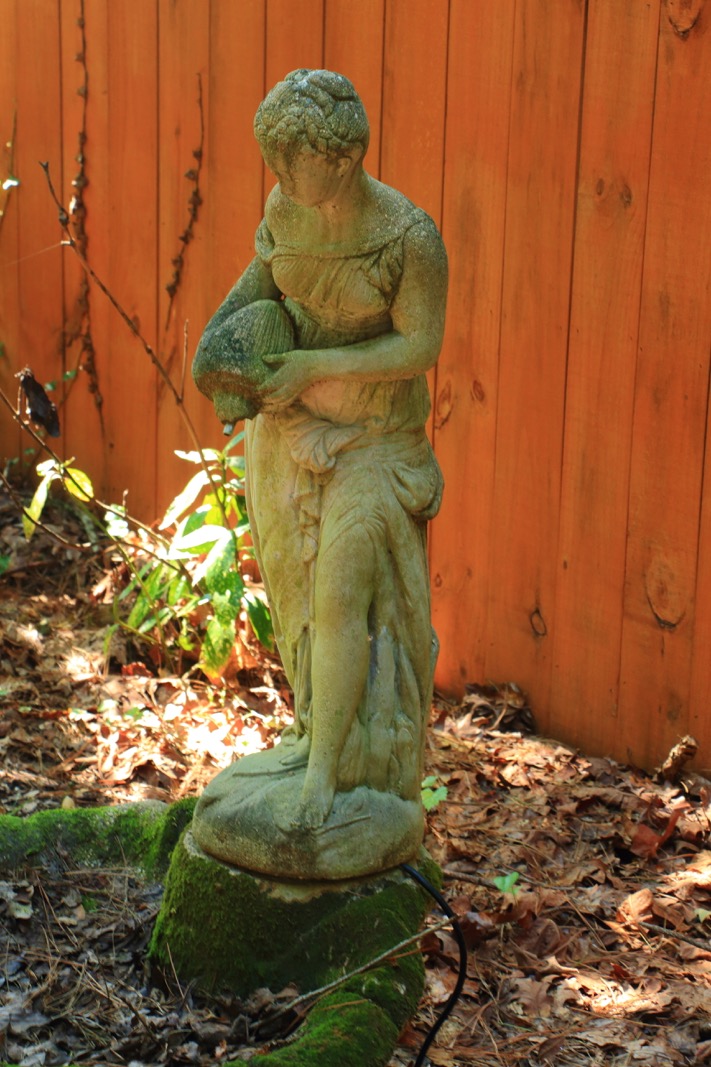 I’d love to have a lawn carpeted in green moss but my moss-covered rock walkways will do. My friend, Eddie Drinkard, says keeping leaves off the stones helps moss cover them. It seems to help.

Now I think of green moss as a kinder, gentler kudzu on a smaller, down-to-earth scale. It covers what it can but unlike kudzu it doesn’t kill what it blankets. No, moss likes hard surfaces and you cannot kill a brick.

Moss covered my late mom’s fountains. When she was alive I observed a spring ritual. I’d drive over across the Savannah for three days and perform spring chores. Among the chores was getting her fountains up and running. That meant clearing away fall’s leaves, turned black and rotten by winter rains. I had to clean them out thoroughly but I best not harm the moss or I’d be in trouble. She loved it.

A pelt of green moss seems like some kind of fur, yet like barnacles it attaches itself to hard surfaces. I’ve been up in the mountains where streams and creeks split, braid, and stair-step around moss-covered rocks. Photographers like to use a slow shutter speed to turn rushing water into milky threads of white. The white silky water and green moss-covered rocks fashion a sort of fairyland.

Green moss. They tell me some folks use it as a rooftop. It’s friendly to the environment and absorbs water, being sponge-like. Of course the species of moss would have to be sun tolerant yet be in a moisture-rich area. Sounds like the mountains to me. I’m not sure just how a moss roof works but evidently it does.

As for me, I’ll be content to see moss spread to more of my rock walkways. I’m not ready for a Carrabba’s-type roof yet, though it sounds lovely. What would be interesting is a brick house covered in moss entire, given its love for bricks, but those bricks are vertical. Moss likes heaps of horizontal bricks hundreds of years old in damp earth. And that means today’s brick houses must suffer abandonment, then collapse into the earth, and become ruins. Then green moss can carpet them so some curious fellow in a faraway time can pay them a visit as I did and marvel at nature’s lush green carpet, one with no roots and no flowers.