In the 1970s, he was the face of the Marines. Literally. The first black man to be a part of a Marine recruiting campaign, his photo was plastered on billboards, posters, brochures and ads. Other soldiers stood in the background, all in their dress blues, but James Capers, Jr. was the focus.

Here’s what Americans didn’t see. Capers had been injured in Vietnam and struggled to stand up straight during the photo shoot. Another soldier stepped in to help. One man helping another. The way it should be.

An 83-year-old veteran with more military honors than the average enlisted man, Major Capers has found himself in the spotlight many times. He is the focus of a documentary, Major Capers: The Legend of Team Broadminded, and recently signed a contract with Jamie Foxx for a major motion picture. No wonder. After much research and a lengthy interview, I see why Foxx and Hollywood want in.

I asked Major Capers to tell me about a time when he felt most afraid. He chuckled and called me “delightful,” but I think that was his way of calling me naïve. This man fought in 50 missions and got injured 19 times. Risking his life was a way of life. Probably the same with many soldiers.

He told me about a time in 1967 in Phu Loc when he faced certain death. After the most intense fighting he had seen in Vietnam, all 39 members of his team were wounded, and their service dog, King, had been killed. Time to evacuate by helicopter. Only one man could be lifted at a time, and hoisting was a two-person job. Capers remained on the ground, fending off attackers with his M-16. When he realized he was last, with no one to strap him in, he accepted death, but his men refused to leave him behind. With two broken legs and serious blood loss, Capers tried to secure himself in the harness, but he was too weak and fell to the ground. Some people might call what happened next luck, but Capers calls it divine intervention. Somehow, some way, the hoist held, and Capers made it safely inside the helicopter.

The media loves sharing the highs of Capers’s life, but he insists on revealing his lows as well. He thinks it’s important to tell all the stories. In 2003, his blind, diabetic, forty-year-old son died in his arms from an appendicitis attack. Shortly after that, he lost his wife to cancer. They had just celebrated their fiftieth wedding anniversary. Capers says he never thought of taking his life but admits he had lost his will to live. He tells of a time when he boarded a plane to California to begin working on the Legend of Team Broadminded documentary. It was dark when the plane took off. While he never wished for death, he admits he would have been at peace if the plane had gone down. A personal low for sure. By the time he landed in California, the sun had come out.

After the loss of his family, even with a broken heart, he pressed forward. He formed a foundation in honor of his son to help other families with special-needs children. He works with veterans who suffer Post Traumatic Stress Disorder. He mentors young people in Jacksonville, NC. He saved lives as a soldier. He shapes lives today. 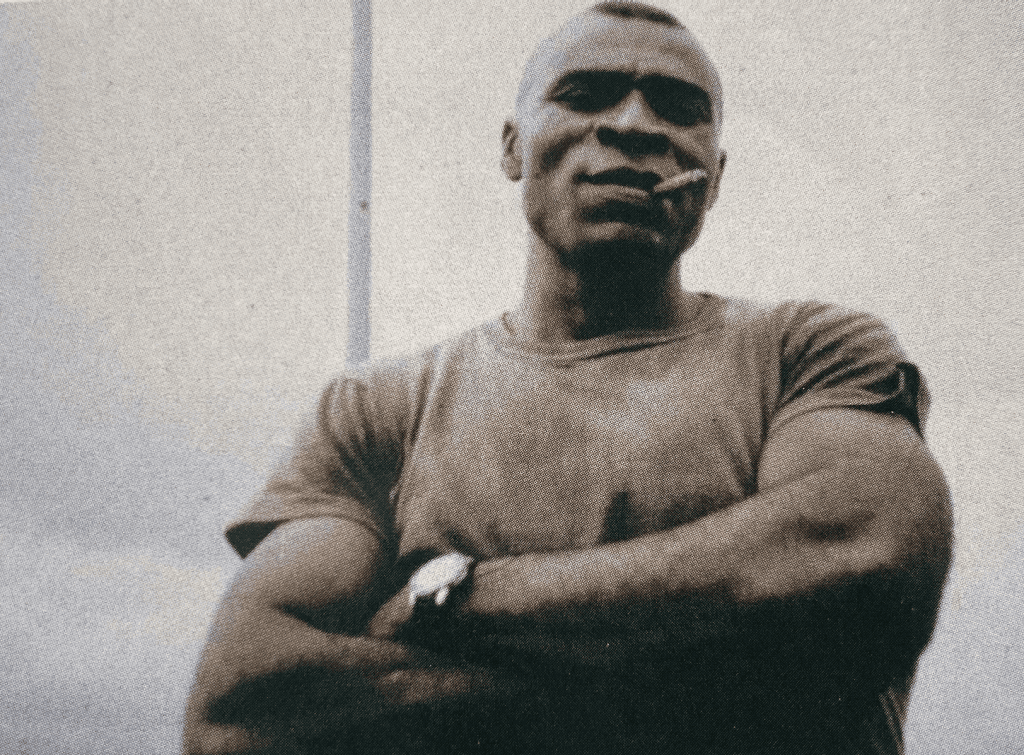 Capers is a hero, no doubt. At 83, he may not be on the battlefields of Lebanon or Vietnam, but his work today is equally important and heroic. Now, more than ever, our country needs strong men with strong values. The face of the Marines in the early seventies and the face of America’s best today.

Capers could fill a book (and he has) with his adventures, but he is always quick to point out the people behind him and beside him. One man helping another. The story of the “Ask a Marine” photo shoot, where the soldier helped him stand up straight, feels like a perfect metaphor for the life of this man. From a sickly sharecropper’s son with no birth certificate to a decorated war hero with a contract for a major motion picture, his life seems like something straight out of Hollywood.

Early years in Jim Crow South. Dangerous military missions. Personal crisis. Capers has gotten knocked down plenty of times. But his life story teaches us nothing if not the value of perseverance. I think Capers would tell us, even in our darkest times, we have to get up. Capers would say we have to keep moving forward. And as dark as the night may seem, the sun will always come up in the morning.

Click here to read part one of the series on Major James Capers, Jr. and Part Three, here.

Tammy Davis looks forward to celebrating the life and accomplishments of Major Capers in her hometown of Bishopville, SC. On Saturday, August 29, Capers will be honored with a parade in his honor. Veterans from across the country will participate, with Capers serving as grand marshal. For more information, visit www.sccotton.org and follow the links to the Capers Celebration 2020 or email Ronnie Williams at [email protected]