Part One in a Series About the 2015 Thousand Year Flood

The first time the Red Cross man came by, I told him we were fine. We were staying put. We would go upstairs if things got bad. The second time, he said we had 10 minutes. He told us to put one change of clothes and an extra pair of shoes in a garbage bag, and that’s exactly what we did. We walked out with a plastic bag of our belongings and the dog.

Earlier that Sunday morning, the yard looked like a pond. Once the dams started breaking, everything changed very quickly. The still water changed to a rushing stream. 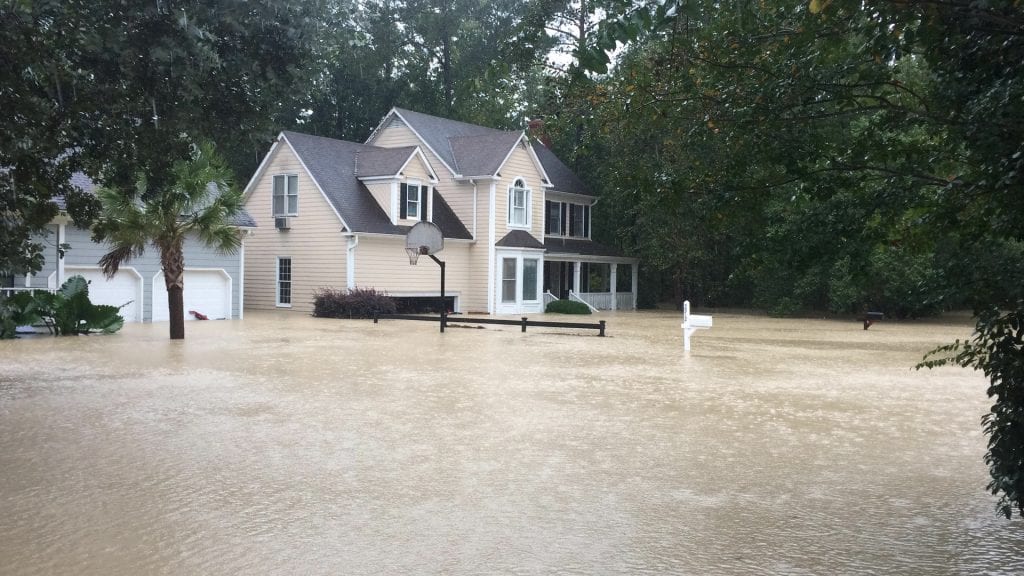 My house sits about six feet off the ground. I’m 5’2”. My daughter and I stood on the front porch, watching the water come higher and higher. The mailbox was almost under water. All I could see of my neighbor’s SUV was the luggage rack. About the time the water was coming up on the porch, I saw a man I did not recognize in the street. He was yelling something to me, but the rushing water made it impossible to hear. As he walked towards the house I saw that the water was chest high on him, and he was a tall man. I wondered where it would be on us.

When he got close enough to hear, he said he would get my daughter first and come back for me. I didn’t like that plan at all. I told him we were going together – my daughter, the dog, and me. My child held the garbage bag over her head and out of the water. I wrapped the dog’s leash around my arm and held on tight. The stranger got us safely to my car which I had moved the night before to higher ground.

Even in disaster, Southern women feel the need to be polite, so I asked him if he lived on my street. I’ll never forget what he said to me: “I live about a half a mile from here, but something told me there might be people who needed help.” People who needed help, indeed.

About the time we got in the car, I got a text from a family friend. My daughter told her we were on the way. She opened her door to find me soaking wet holding a soaking wet dog standing with my soaking wet daughter holding a garbage bag of our stuff.

We got as close to my house as we could, but it was too risky to try to get any closer. My house looked like it had been dropped in a river. There was nothing in that house worth risking our lives over. We sat there for a while – could have been thirty seconds or thirty minutes.

Martin wanted to go and help others a few cul-de-sacs over. On the way we passed a golf cart pulling a jon boat. There must have been four or five boats in that cul-de-sac rescuing people from their homes. Stunning, shocking – like nothing I could have ever imagined.

We drove back to the Moore’s house. The theme of that afternoon: “Lauri, do you have…?” began.

It continued all day.

Then later, “Lauri, do you have pajamas?” 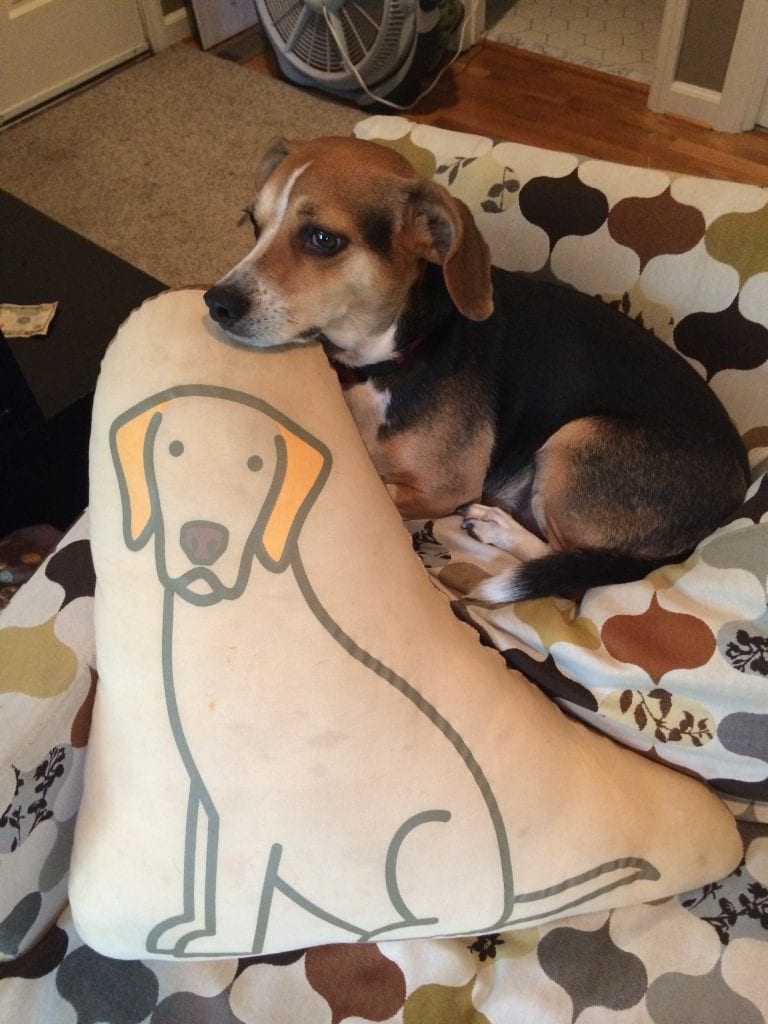 I might have been numb from shock, but Lauri’s feet had to be numb from fetching for me all day. I can’t count how many times she hopped up to get us something. Their son, John Bailey, kept taking Bruzer out for me. Their lab, Sol, would comfort me and check on Bruzer. Even the dogs knew this was not a normal situation. But for that day, we were ok. My daughter, the dog, and I had everything we needed.

South Carolinians will never forget that day. We all have a flood story. Most include a similar element: community coming together.

Maya Angelou said, “Every storm runs out of rain.” I’m glad the flood chapter of my life is over. I’m sure all the flood families feel that way. Homes have been restored. Life goes on. Floods are bad. They really are. But people are good. In Columbia, SC, on October 4, we all learned that to be true.

My flood story happened in southeast Columbia.  My heroes that day were a stranger in the street and family friends, but neighbors helped neighbors all across the state on October 5, 2015. Columbia was full of Martins and Lauris taking charge and taking care. Columbia was full of young people helping however they could and lots confused pets.

South Carolinians will never forget that day. We all have a flood story. Some are much more dramatic than mine. But most stories include a similar element: community coming together. Maya Angelou said, “Every storm runs out of rain.” I’m glad the flood chapter of my life is over. Floods are bad. They really are. But people are good. In Columbia, SC, on October 5, we all learned that to be true.

Part Two: A Mess On My Hands

Tammy Davis is a teacher and a writer, finding lessons in everyday life. Her new book, Back Porch Stories, is available on Amazon and Kindle and contains many chapters devoted to stories about the 2015 Flood. She loves sharing her stories with groups in person and via Zoom. E-mail Davis at [email protected], follow her on @tammydavisstories, or visit her website at www.tammydavisstories.com.