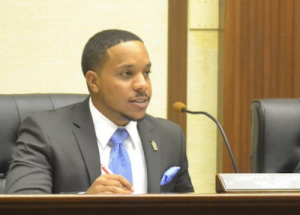 The news of Councilman Garrett McDaniel’s resignation to take a position in the Biden Administration first broke here on the BUZZ.

McDaniel’s relocation to Washington, D.C. leaves a vacancy on County Council in District 3.  This week, Lynne West, director of the board of Voter Registration & Elections for Laurens County announced the schedule for the special election.

The person elected in the special election will serve the remainder of McDaniel’s term.